Holiday cartoon: Seasons in the sun 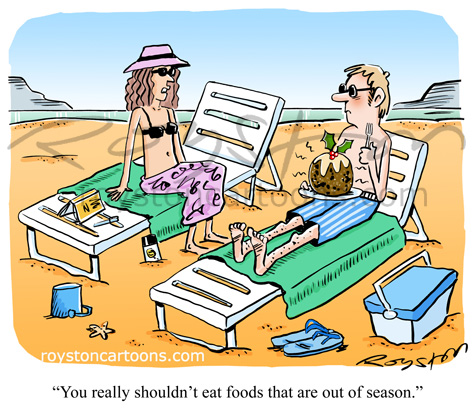 "You really shouldn't eat foods that are out of season."

As the summer holidays approach, here's a nice, sunshiny beach cartoon from the July issue of Reader's Digest.

I was also commissioned to do two cartoons for the Money pages this month. It's nice to see them using gag cartoons for this, rather than "straight" illustrations, for a change. More magazines should do that. After all, cartoons are better value for readers as you get a chuckle too (hopefully). And I think we all need more of those at the moment. 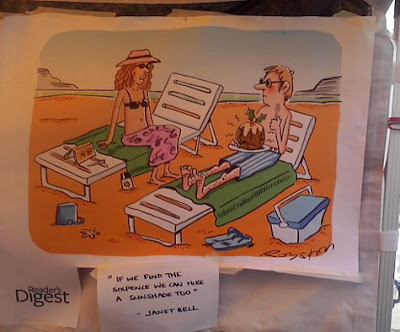 This cartoon was used as one of the Beat the Cartoonist gags at this year's Shrewsbury Cartoon Festival. Unlike the magazine version of this game they simply picked a winner, it didn't compete with the cartoonist's original caption. The winner was Janet Bell with "If we find the sixpence we can hire a sunshade too". You may well think that's an improvement. I couldn't possibly comment.