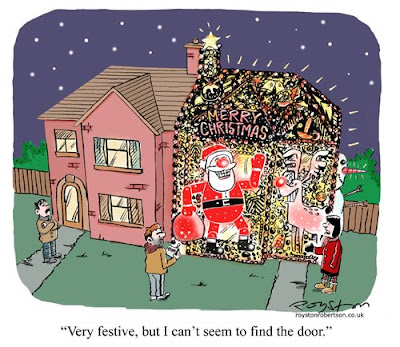 Seasons greetings to all who've been reading my ramblings this year. This cartoon (click to enlarge) was bought by Prospect magazine for its 2008 Christmas card. You can also see a festive cartoon by me in the Christmas Private Eye.

I sold a few Christmas gags this year, which almost makes up for the drop-off in corporate Christmas cards, due to companies cutting costs. Anyway, 'tis the season to be jolly, so let's not fret about the Credit Crunch for a few days at least! This blog is now taking a break and will return in 2009.

Have a great one!

As every magazine and newspaper you open at the moment seems to have a review of the year, from every possible angle, I thought I’d do a cartooning review year, as seen through this blog.

So, here are my personal 2008 highlights. If you think that it reads more like one of those round robin letters you get with Christmas cards, feel free to crumple it up and throw it in the bin.

The Shrewsbury Cartoon Festival was definitely a major highlight of 2008. This year’s was the best one yet in terms of the quality of the exhibitions. Plus, as ever, it was a great social gathering. Here's my "big board": I really enjoyed being part of the Professional Cartoonists Organisation team at the Big Draw. We didn’t win but we did produce a striking banner. I got a kick from having cartoons exhibited at the Chris Beetles Gallery for the first time. I sold most of them, too. Which was nice.

Talking of exhibitions, they've had some superb ones at the Cartoon Museum this year. The most recent I attended was the Giles show, complete with a reconstruction of his studio. Then there was the Beano and Dandy one, which I reviewed for the PCO blog. But I think my favourite was the show of cartoons by the Punch cartoonist Pont, back in May, which I also reviewed.

This year I drew a strip for indie heroes The Wedding Present … but the best part was being name-checked on their new album as a result! Rock 'n' roll. I was chuffed to get a desert island cartoon published for the first time and I also got a kick out of the fact that one of my cartoons went to the Antarctic. I got a lot of great feedback from one gag more than any other this year, though – the one below, which was in Private Eye. It just proves that everyone loves a cat cartoon! There are several other highlights I could mention, mainly social gatherings with other cartoonists. I tend not to blog about these at length, as they’re private occasions, but they're always great fun. And it never ceases to amaze me that cartoonists, who are all very much in direct competition with each other, tend to get on so well!

One gathering that I will single out, though, took place just last week ... a team of us from the PCO took part in an audition for the TV quiz show Eggheads. We don’t know yet if we’re gong to get on the show, but even if we don’t we had such a laugh doing it that it was worth it just for the experience. And, of course, we all ended up down the pub afterwards. Wish us luck!

Big Draw banners up for auction

Remember the Professional Cartoonists Organisation banner which we created at the Big Draw back in November? Well, the Campaign for Drawing, which runs the event, has put it up for auction on eBay.

The other "Battle of the Cartoonists" banners, by the teams from Private Eye, The Guardian and The Independent, are also for sale. All profits go to the Campaign for Drawing which, like any small arts charity, is always in need of extra funds.

In a press release, the campaign says:

"Six for the price of one! Individually signed cartoon strips by the brilliant Pete Dredge, Robert Duncan, Royston Robertson and Kipper Williams. A series of cartoon scenes on over-sized train tickets look at the painfully funny side of travel. There are six classic jokes with great appeal for all who have suffered on British public transport. Irresistible to cartoon fanatics, train spotters – anyone with a sense of humour!"

So get your credit card out. You'll need a pretty big bank balance as well as a big wall though! 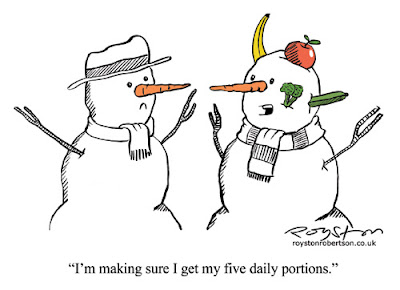 I've got two Christmas cartoons in the December edition of Reader's Digest. Here's one of them. Despite the fact that, as I mentioned last week, cartoon-wise it seems to have been Christmas for several months, my personal festive preparations have so far stubbornly failed to get going. So now I'm off to write some cards. 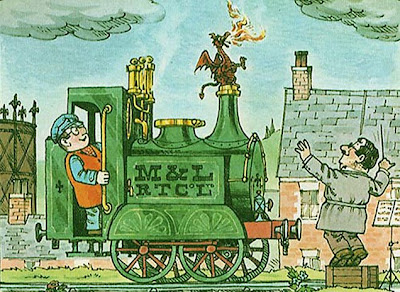 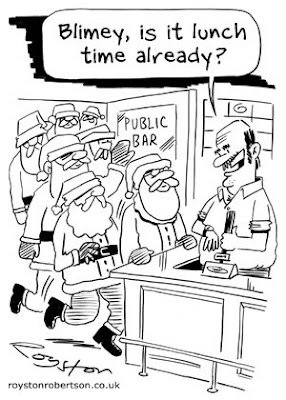 Yes, it's that time of year again: the Father Christmases are out in force and Slade are on heavy rotation. But for many cartoonists it's been a long time coming, as we've been drawing Christmas cartoons on and off since the summer.

To do Christmas cartoons you usually have to adopt a pretty cynical tone. Most people, adults at least, are quite cynical about the festive season, I find. But the terrible truth is ... I actually really enjoy it! We don't go hugely overboard on it (I think disappointment often comes when you do) but I usually have a good time. So on that note, here's an alternative Christmas song ... 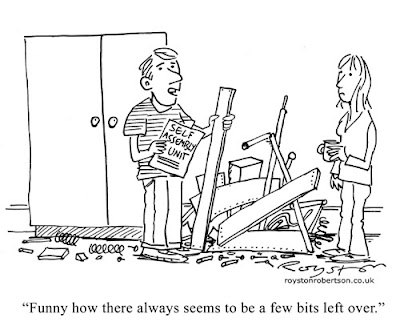 Here's proof that even old, tired, neglected and rejected cartoons can find a happy home, somewhere in this big ol' world of ours ... 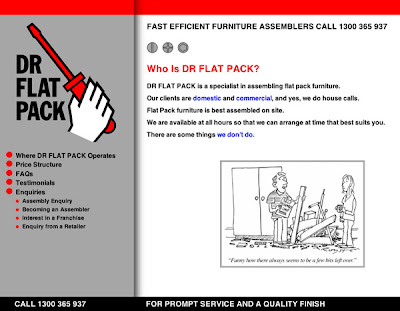