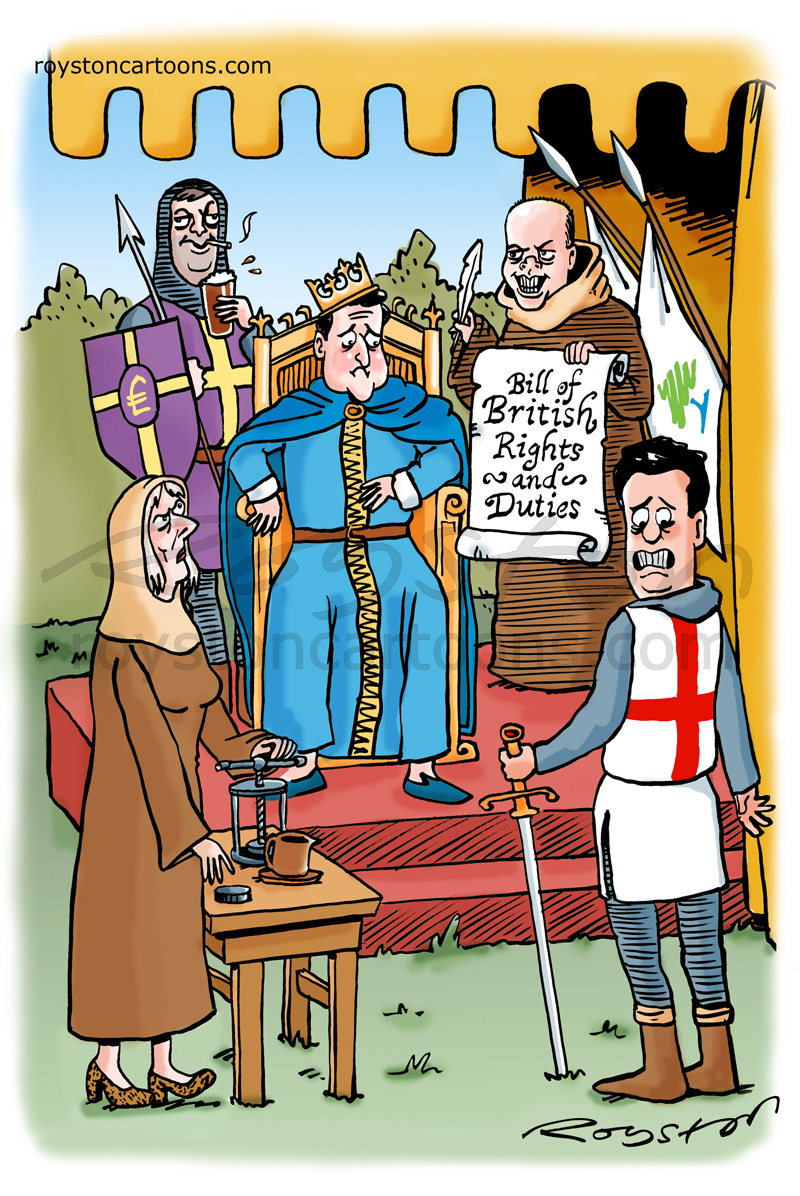 This cartoon was commissioned by the Law Society Gazette to illustrate an article spoofing the Conservatives' proposed bill of rights. Click the image to enlarge.

The protagonists, in a scene designed to evoke the 800th anniversary of the signing of Magna Carta this year, are, clockwise from top left: Nigel Farage, David Cameron, Chris Grayling, Ed Miliband and Theresa May. 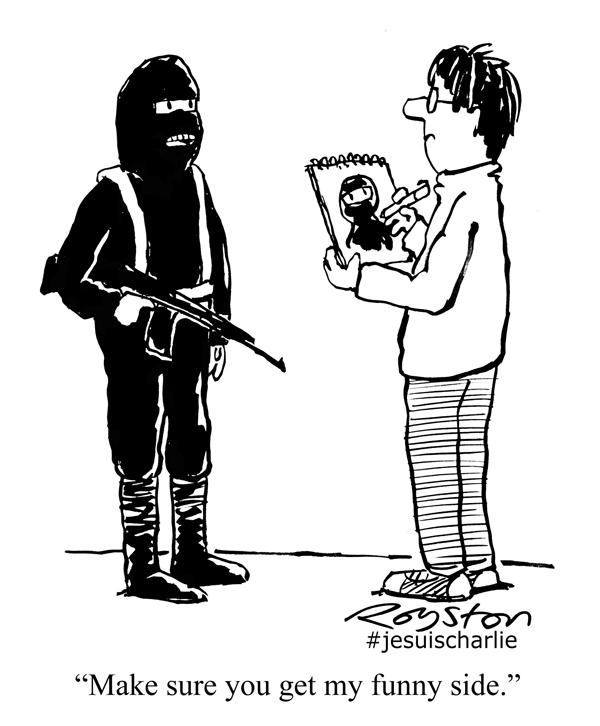 This is probably the hardest cartoon I've ever had to draw. I posted it on Twitter and Facebook the day after the shootings in Paris. I thought it would better to do the kind of gag cartoon I usually do, mostly, rather than attempt the kind of large scale political cartoon that so many did so well after the murders. That's how it ended up being about the difficulty of being funny about such an awful event.
Labels: Charlie Hebdo, JeSuisCharlie
Newer Posts Older Posts Home
Subscribe to: Posts (Atom)