I attended the launch of The Big Draw, the annual campaign to get the nation, young and old, drawing. Myself and fellow Cartoonists' Club members spent part of Sunday in a marquee, encouraging kids to draw funny faces and offering tips and advice ... though to be honest, few of them seemed to need any, as they were very keen.

Here is some of their handiwork: 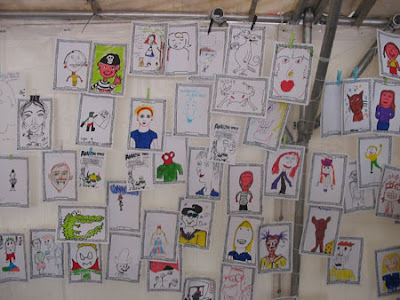 The Battle of the Cartoonists was fun too. Teams representing Private Eye, The Guardian, The Independent and that laugh-a-minute publication the Financial Times, each produced a banner on the day's theme of "Amazing Space", as the event was held in the marvellous Somerset House. These were then put to the public vote, with The Guardian emerging victorious. 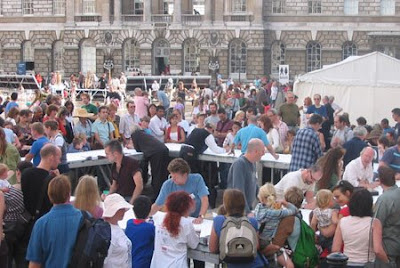 It was a very well-attended, well-organised day, with beautiful sunny weather (the kids were playing in the fountains!) There are Big Draw events throughout the UK in October. See their website for details.

Underground comics artist Joe Matt has gone and got himself a Myspace page, which is pretty surprising if you've read his work as he portrays himself as something of a technophobe. The profile in itself is very entertaining, a cut above the usual Myspace stuff. Matt draws the aptly named Peepshow autobiographical comic, which is so revealing in terms of detailing his personal obsessions that he makes Robert Crumb look like he's withholding. And the good news is that the ludicrously over-due issue 14 is out soon. The last one was 2002!

Rejected cartoon: Not this time, thanks. 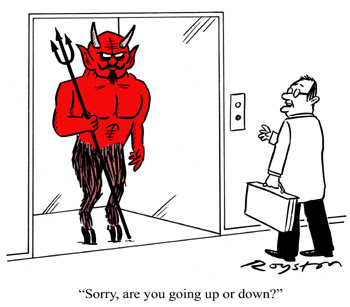 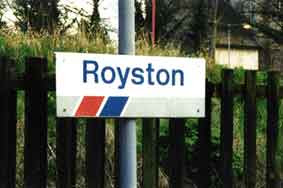 Purely for fun, I’ve had a section on my cartoon website for some years now called Other Roystons, with links to other people with my less-than-common firstname and to websites for towns and villages called Royston – of which there are many, mainly in the UK and North America.

As a result I get occasional emails from Roystons from all over the world, and from people who live in Roystons! One said, tongue firmly in cheek (I hope) “I wept with joy to find others with this fine name ... you have given my life new meaning.” Another person sent me a photo of a puppy called Royston, and then another one when it grew up.

But this month I got the best one yet: a gentleman from Lynchburg, Virginia, called Royston Jester. What a great name that would be for a cartoonist. And it's Royston Jester IV, in fact. It's also ironic because I am editor of the monthly newsletter of the Cartoonists' Club which is called ... The Jester.

Don't know anything about this Royston, but I want that record ... 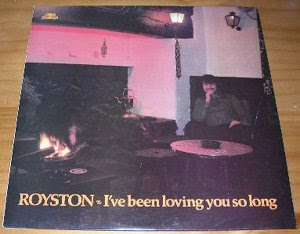 Like any job, you have to wear different "hats" as a cartoonist. Ordinarily, if asked to to a cartoon about Damien Hirst I would probably come up with something a bit sarcastic (as many cartoonists have done!). But when it's for a profile of said artist on the Artyfacts section of the Children's BBC website, something just plain silly is the order of the day. 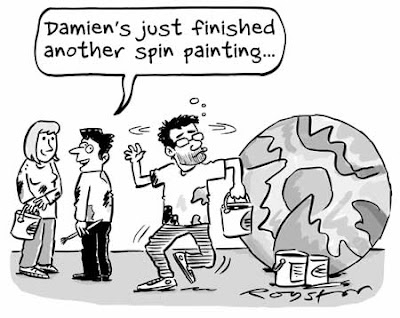 I was chuffed to get a gag in the "Best Cartoons Ever" selection in the latest issue of Reader's Digest. Unlike some magazines, they pay a generous reprint fee. Which is nice. 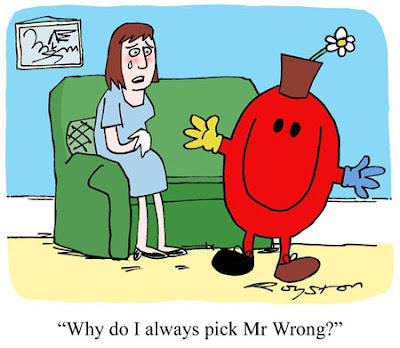