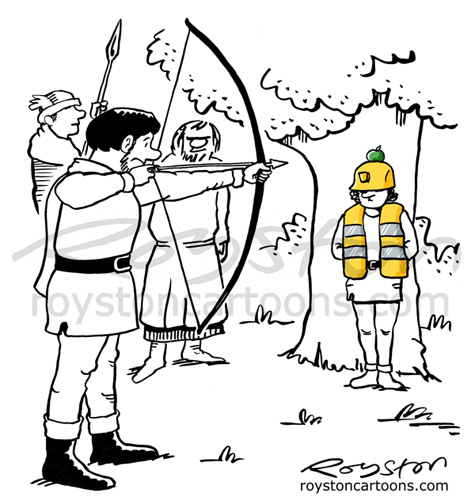 Here's a cartoon from the new issue of The Oldie. Hi-vis jackets is one of those topics I seem to go back to again and again. And here's another one about odd parenting from the last issue of Private Eye. 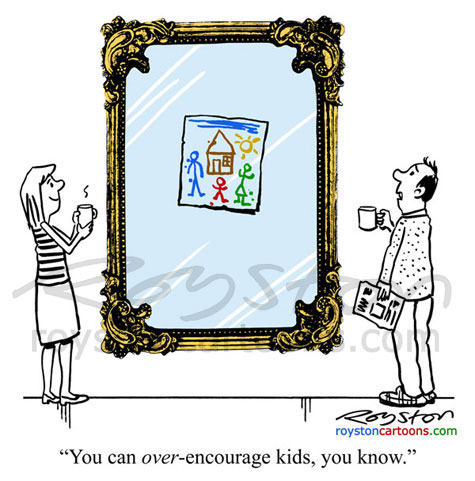 "You can over-encourage kids, you know." 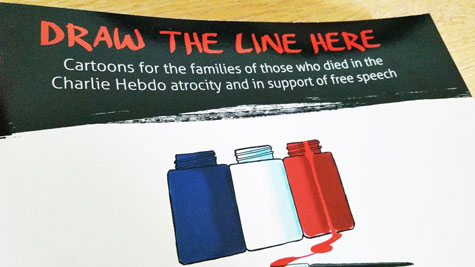 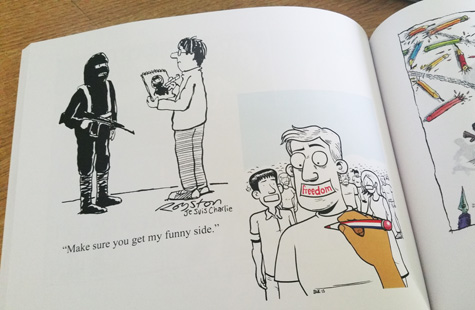 I've go a couple of cartoons in Draw the Line Here, a cartoon book in aid of the families of those killed in the Charlie Hebdo massacre. Here's one of them, above left.

The book is produced by the Professional Cartoonists' Organisation in association with English Pen, which campaigns for freedom of expression, and the crowdfunding platform Crowdshed. It features a foreword by Radio 4 presenter and cartoon enthusiast Libby Purves.

The Four Candles Guide to Brewing 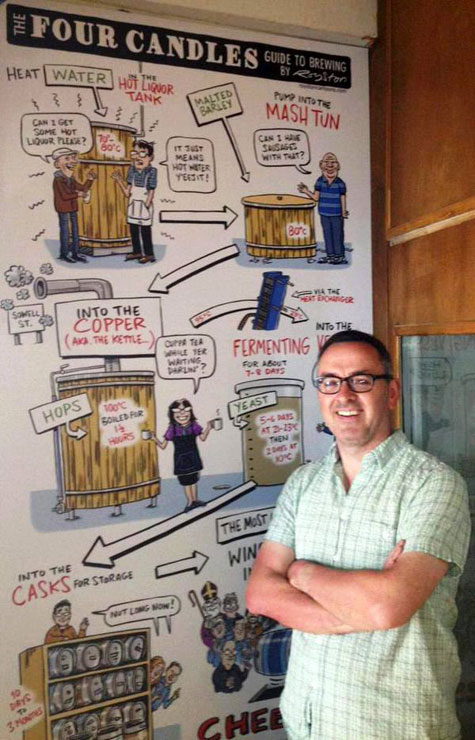 This was a fun commission. Mike Beaumont, landlord of the Four Candles micropub here in Broadstairs, which is my local, asked me to come up with a large cartoon poster on the brewing process.

It was drawn to mark the fact that the pub recently started making its own beer on the premises and is now officially Britain's smallest brewpub.

The idea was to show how ale is made -- where and when the hops and barley are added, timings, temperatures etc -- in a humorous way, while including daft comments from many of the regulars. I am a regular in the pub, so I know you get a lot of daft comments in there!

Here's some detail from the board: 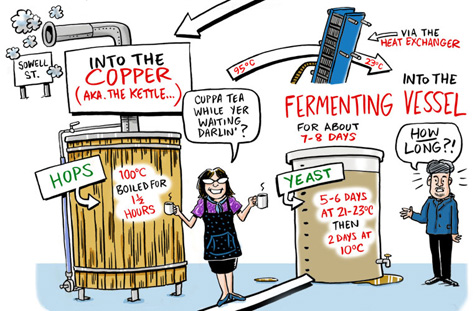 Once finished, we had it printed on a 107cm by 193cm Foamex board and laminated, because it has been placed by the stillage, where all the casks go, so it's sure to get splashed a lot.