Money cartoons: A kipper and a banker 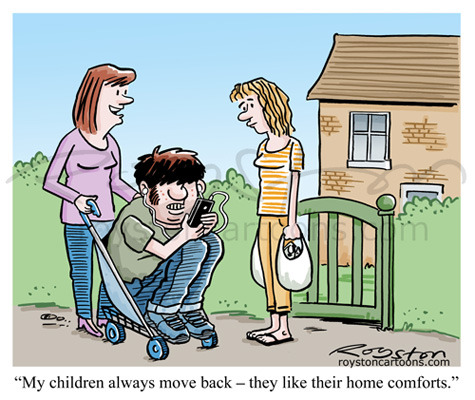 This cartoon is about Kippers – that's Kids In Parents' Pockets, Eroding Retirement Savings. No, really. It was a new one on me, too. These cartoons were drawn for the Money pages of Reader's Digest and can be seen in the June issue. 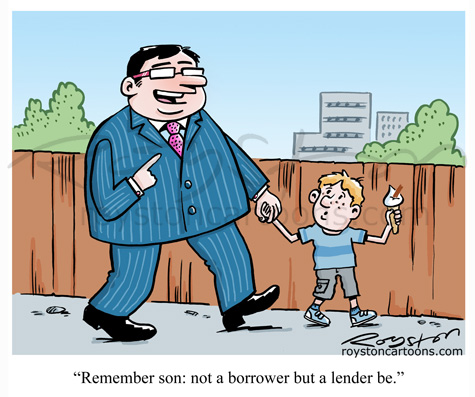 Not Yet Sold: At the cinema 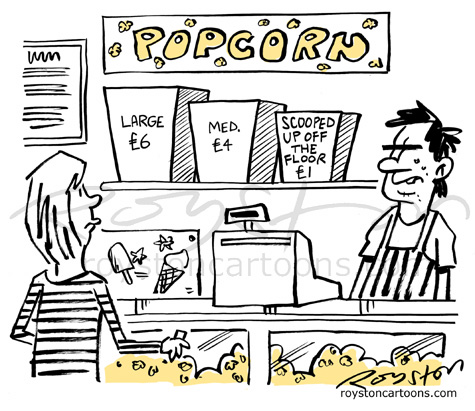 Time for another in my occasional series of rejected cartoons. (Not that my cartoons are only occasionally rejected, you understand ...)

This was inspired by my six-year-old daughter who, largely to wind me up I think, likes to scoop up popcorn off the floor at the end of a film and shove it into her mouth, while saying, in a Homer Simpson-style voice, "Mmm ... floor popcorn."

You can see more Not Yet Sold cartoons here.
Labels: cinema, film, films, food and drink, Not Yet Sold, popcorn, rejected cartoons, rejection

Humorous illustration: On the road 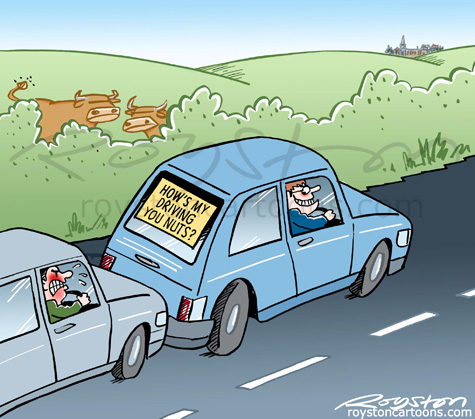 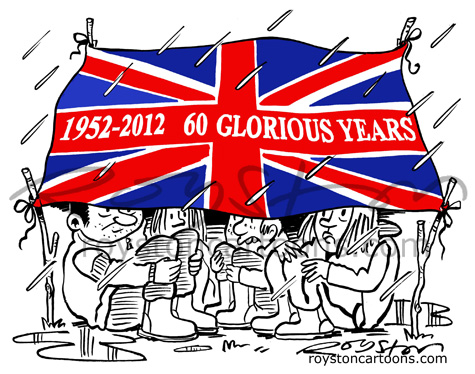 I'm no weather forecaster, but when asked to draw a cartoon for an article on this summer's Diamond Jubilee celebrations, this was the image I came up with. It looks likely, after all. 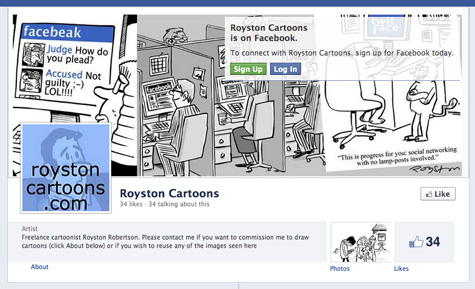 Last week I set up a Facebook page that is just about cartoons, so that anyone interested in seeing my work on that platform doesn't have to look at all the other stuff (dimly remembered nights in the pub, embarrassing childhood photos etc).

The address, logically enough is facebook.com/roystoncartoons and it's a public site, so you don't need to be my "friend" to view it. So in the needy way that Facebook makes us behave, I'll say please visit and LIKE it!

Technology cartoon: In another world 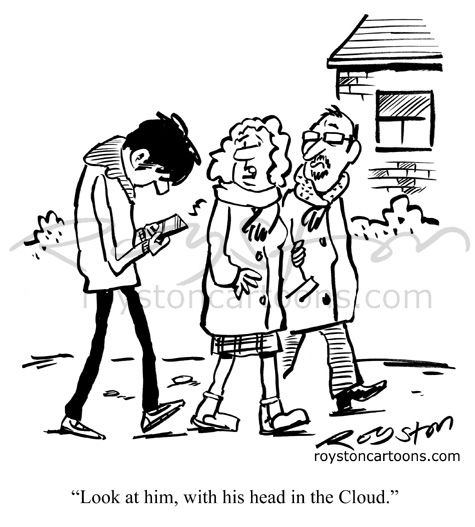 "Look at him, with his head in the Cloud."

While doing spot of self-Googling (hey, c'mon, we've all done it ...) I found this on eBay: the first issue of DoodleBug comic from the summer of 1987.

It sold for £8, OK it's not quite in the Action Comics #1 league, but hey, it was only 25p at the time! What really tickled me about this though, was the following ...

Also of interest is the fact that the comic was kept in "temperature-controlled storage" for five years before it came out (!) And I'm heartened to find that one rusty staple is the only imperfection, I'd have thought some of the jokes fall into that category. 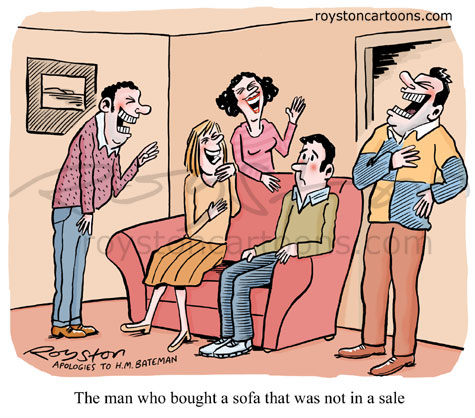 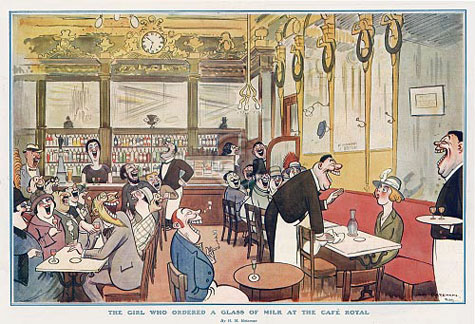