"Sarge, you don't think we might be at a disadvantage by fighting this whole war in silhouette"

This is my first, and possibly last, cartoon drawn entirely in silhouette. It is in the current edition of Private Eye. This year marks 100 years since the outbreak of the First World War, of course, so we'll be seeing a lot more of this kind of imagery. 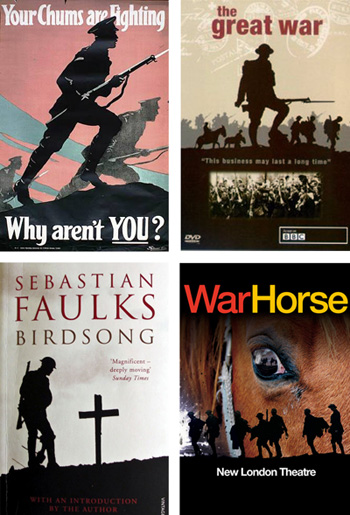 The war has been presented in such a way since day one, see the recruitment poster above left, and continues to be, as you can see from the War Horse poster.

I thought the cartoon probably stood a good chance at Private Eye as Ian Hislop and Nick Newman of the magazine were responsible for the recent First World War drama The Wipers Times. That was all about keeping a sense of humour in the face of adversity and tragedy. My cartoon can hopefully be seen in the same way and no disrespect is intended.

Here's another First World War cartoon. This was drawn for the new edition of Isle, a local listings magazine, to accompany an article about the teaching of the war in schools. 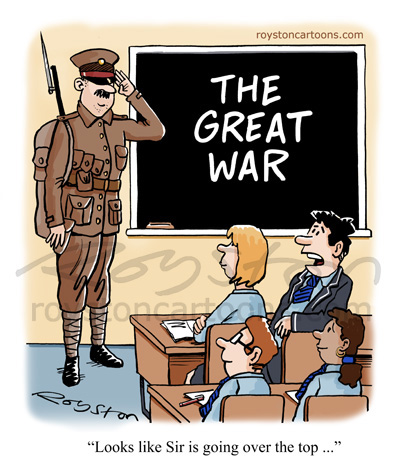