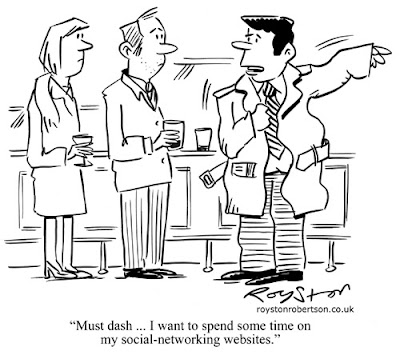 This cartoon is in the current Private Eye. Like many magazines they carry a lot of cartoons that are sceptical about new technology. But despite the view taken in this cartoon, I'm no luddite. I do have both a Facebook and MySpace profile ... it's just that often I'm not sure why. I signed up for Facebook because I was invited to, now I keep getting endless emails saying someone wants to discuss favourite movies with me, or has thrown a virtual custard pie at me. I ignore these to such an extent that someone sent me an email saying "You have been invited to join The Group For People Who Join Facebook Then Don't Do Anything". Naturally, I did nothing.
Labels: business, cartooning, cartoonist, cartoons, computers, Facebook, gag cartoons, internet, magazine cartoons, office, Private Eye, Royston, social networking, technology, work 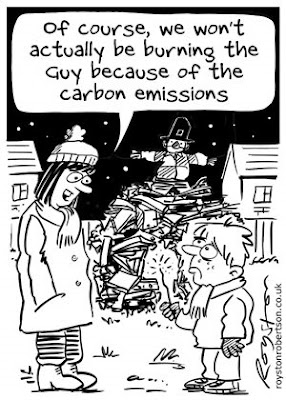 From one of the local papers here in Kent. Hope you had a good one last night, if you took part. For any international readers who don't know what this is all about, it's a traditional thing ... families together, a bite to eat, a few fireworks, burning the effigy of a Catholic conspirator, that kind of thing ...
Labels: bonfire night, cartooning, cartoonist, cartoons, gag cartoons, guy fawkes, newspaper cartoons, Royston
Newer Posts Older Posts Home
Subscribe to: Posts (Atom)