In praise of gag cartoons 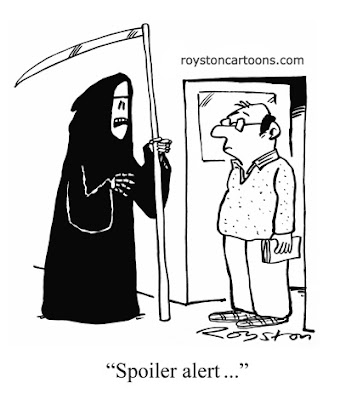 Here's an article I wrote for the Procartoonists blog five years ago, when I published my first collection of cartoons:

Whenever the media spotlight is turned on cartoons it is often those of a political variety. These cartoons shout the loudest and have news impact, but I think it's time to speak up for its modest cousin: the gag cartoon.

I have been drawing gag cartoons for the magazine market for about 15 years. I love the process of coming up with new ideas and, hopefully, getting them published.

Recently I've been sifting through my drawings from magazines such as Reader's Digest and Private Eye in order to put together a book collection. I'm not friends with any famous people so I had to write my own foreword for the book and decided to to put down exactly what it is I like so much about gag cartoons as a medium.

This was the crux of piece: "The single-panel joke is a perfect, self-contained unit of comedy, an instant hit of humour that doesn't demand much of your time." 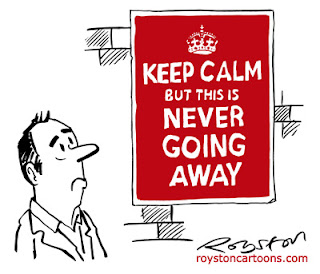 I once heard the writer Will Self describe gags as "the haiku of cartoons". That may sound a little pretentious (from Will Self? Surely not?) but I think it's true, a gag cartoon is like a poem. Or a one-liner joke, perhaps. It is a small, carefully crafted article.

It doesn't have the grandeur or the, let's be honest, occasional self-importance of the political cartoon, but it is still designed to provoke a reaction: hopefully laughter.

I have heard some people claim that the gag cartoon is in some way an old-fashioned form. This is probably because it is so closely connected with magazines, so people think of crumpled, yellowing copies of Punch in the dentist's waiting room. Also, magazines and newspapers are "dead-tree technology", and that, we are constantly being told, is on the way out.

But, when you think about it, the gag cartoon is actually perfectly suited for this age of the short attention span and sits just as easily on a web page, or an iPad app, as a magazine page.

And long may it continue to do so.