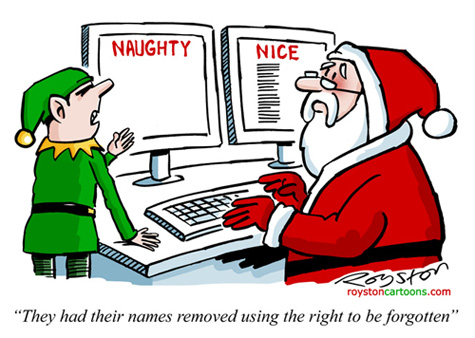 "They had their names removed using the right to be forgotten"

I'm very grateful to Messrs Coots and Gillespie, as those famous lines from their perennial Christmas song seem to be an endless source of inspiration for me as a cartoonist.

The gag above is one of the Private Eye Christmas cards this year. When trying to think of a cartoon about the right to be forgotten, which became a big issue this year, Santa's list of naughty children was the first thing that came to mind.

For me, it has long been a useful motif to apply to current events at Christmas time. Here's a Reader's Digest cartoon from last Christmas about the big story of that year, internet snooping by the NSA, as revealed by Edward Snowden ... 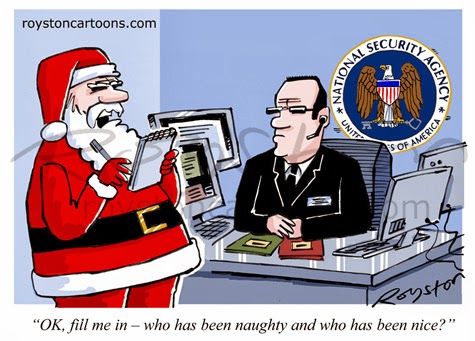 Here's another from last year, a Private Eye Christmas card about the rise of Ukip ... 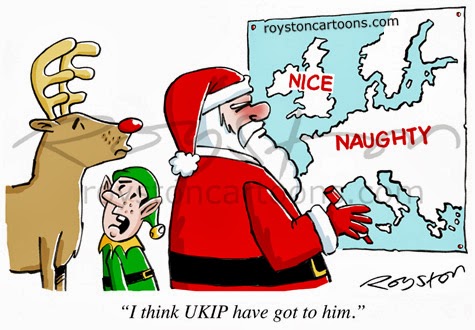 "I think UKIP have got to him."

Rewind to 2011 when phone-hacking was big news. What if "Santa" was hauled up before a commons select committee to answer a few questions? Actually, rather than the "naughty or nice" lyric, this one references words that come later in the same song. 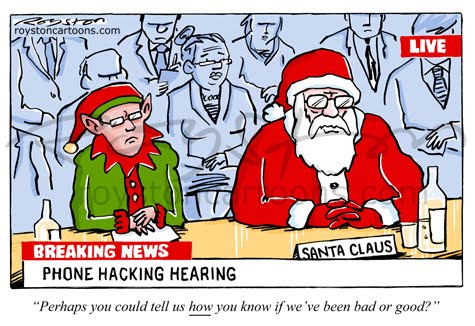 "Perhaps you could tell us how you know if we've been bad or good?"

Another big news story of that year was the English riots. But the perpetrators, according to Tony Blair, were not naughty ... 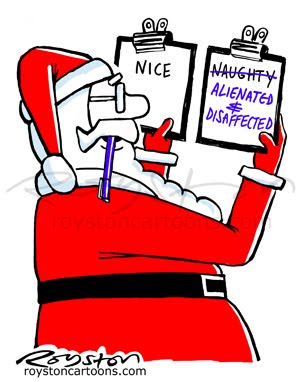 It doesn't just work for topical magazine cartoons, here's one I drew for the Christmas card of a marketing company that builds websites for its clients ... 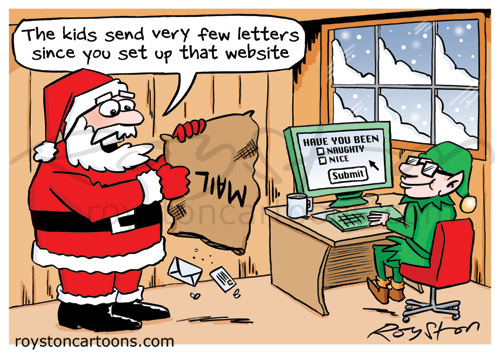 And a law firm that specialises in forensic accounting ... 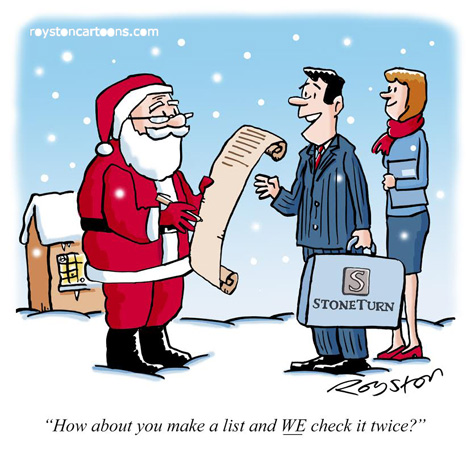 Somehow, I feel sure that it's a theme I will return to!

Finally here are a couple of gags residing in the Not Yet Sold files, an oldie from when laddish lists became all the rage and the most recent "naughty or nice" one I've drawn, about the internet successor to those lists ... 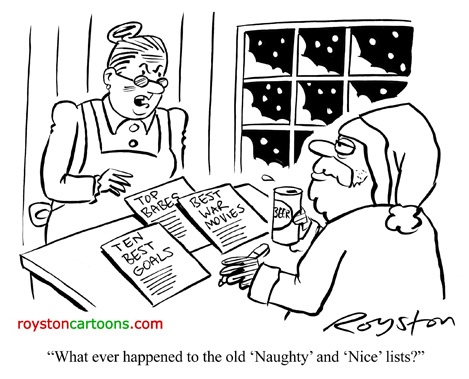 "Whatever happened to the old 'Naughty' and 'Nice' lists?" 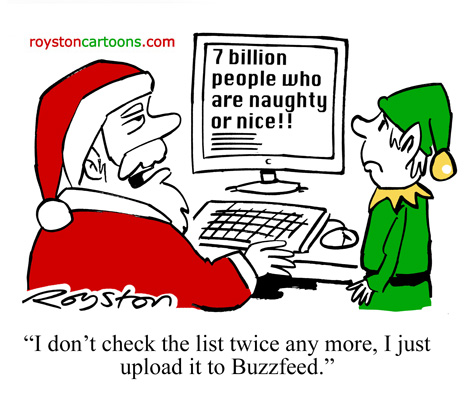 "I don't check the list twice any more, I just upload it to Buzzfeed."