The visual joke: Battle is restaged 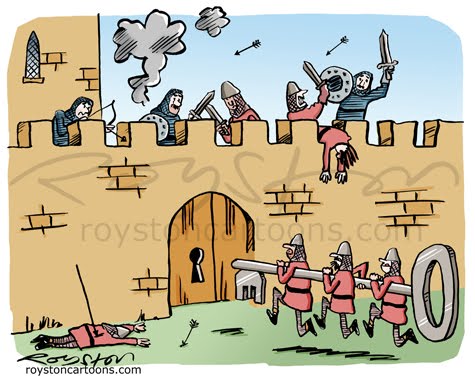 I often draw cartoons that have no caption, but it is rare that I do one that also has no words within it. It's good to do this kind of cartoon though, as they can work internationally. This one appears in the June issue of Prospect magazine.

After my post yesterday about revisiting the past, I should disclose that this cartoon is, if not a sequel, then at least a companion piece to the cartoon below, which was in the same magazine in April 2008. "Oi, take it easy! This is an English Heritage site."