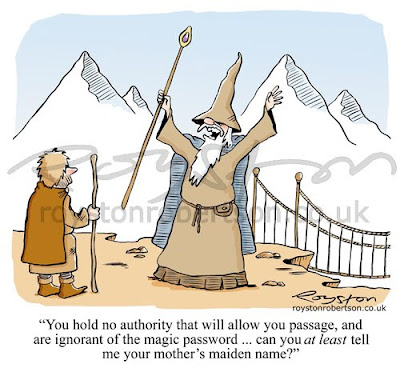 "You hold no authority that will allow you passage and are ignorant of the magic password ... can you at least tell me your mother's maiden name?"

The results of Reader's Digest's Beat the Cartoonist contest are in ... 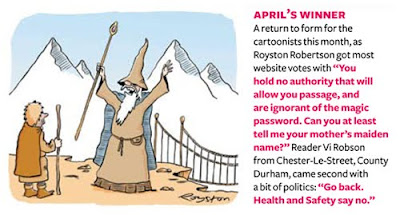 Woo-hoo! That's a hat-trick for me, having won twice before. I did a lap of honour in WHSmiths when I saw that. The cartoonists' team is still behind though, with a fair way to go, as it's 10-5 to the readers.

For those not familiar with the contest, it goes like this: the mag prints the cartoon with no caption and readers submit their ideas. Then the best three are printed alongside (anonymously) the cartoonist's original and it's put to the vote.

You can see my other Beat the Cartoonist cartoons here and here.