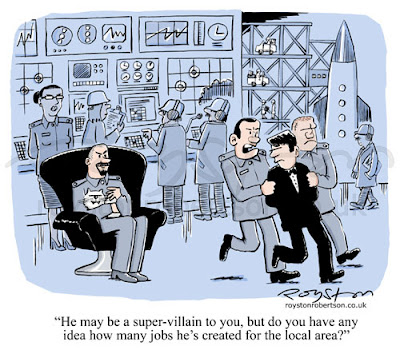 "He may be a super-villain to you, but do you have any idea how many jobs he's created for the local area?"

You many remember I mentioned that this cartoon of mine was the Reader's Digest "Beat the Cartoonist" drawing in the August issue.

The idea was that readers submitted their captions, and the three best ones were posted on the website alongside my original wording, with no clue as to which was the original, of course. Visitors to the site were then asked to choose their favourite.

Well the good news, revealed in the October issue, is that they made the correct decision ... in other words they voted for my caption! It's the first time for five months that the cartoonist has won. My fellow scribblers, the fightback begins here ... 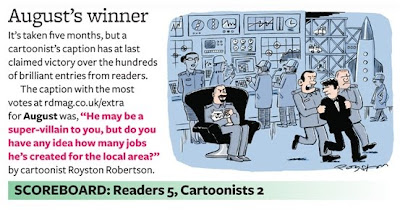