CCTV cartoon: A new spin on an old idea 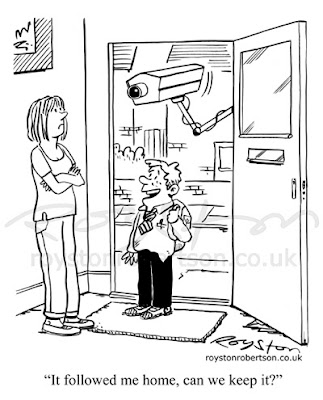 "It followed me home, can we keep it?"

This cartoon appears in this week's edition of The Spectator. "He followed me home, can we keep him?" is, of course, an old line which has appeared in many forms in gag and strip cartoons over the years. It's usually a dog or some other creature. This was an attempt to put a modern spin on the line.