Here are a couple of my cartoons from the exhibition Postcards from the Seaside, part of this year's Herne Bay Cartoon Festival, in which many of the cartoons were modern takes on traditional seaside postcards, many in the style of Donald McGill, the acknowledged master of the genre. 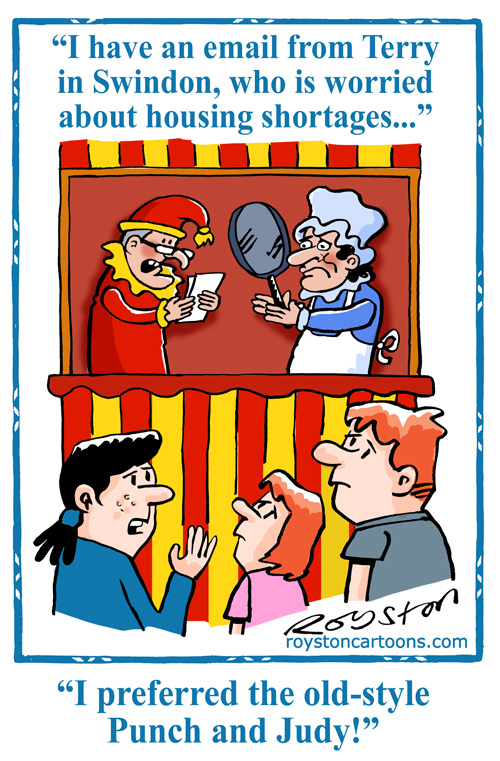 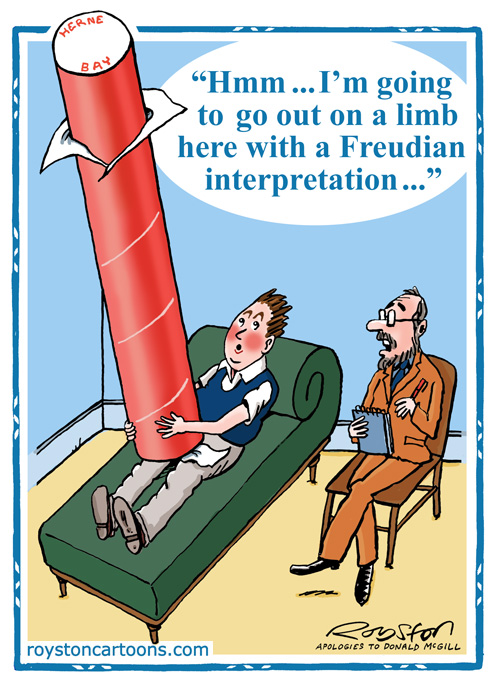 The cartoon above refers to McGill's notorious, much-prosecuted postcard "A Stick of Rock, Cock?", below. 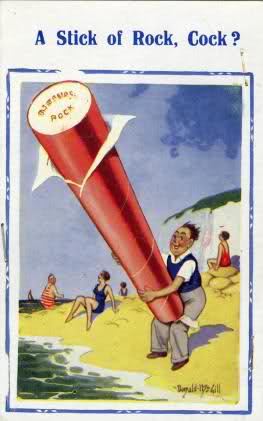 As usual there was a live event in the Bandstand on Herne Bay seafront, where there was much drawing of cartoons. Photo by Kasia Kowalska. 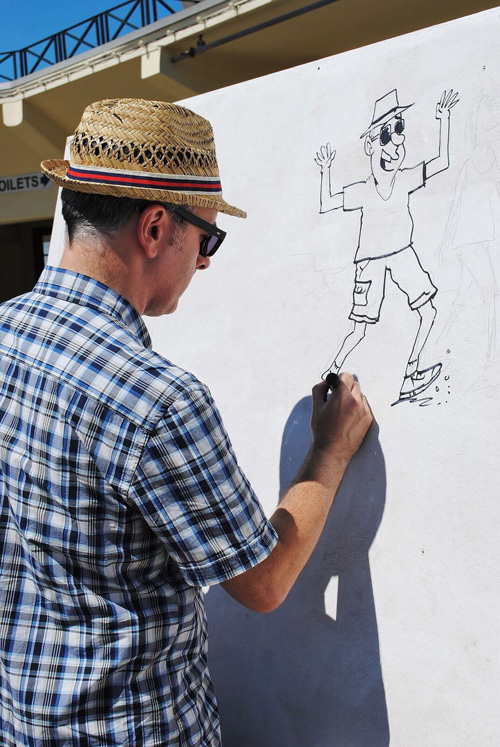 Here are a couple drawn on the shared boards (i.e. with lots of other cartoonists) during the afternoon. It's always nice to hear laughter for cartoons that have previously been rejected by several magazines, as these two have. Clearly this was an audience of great wit and taste ... 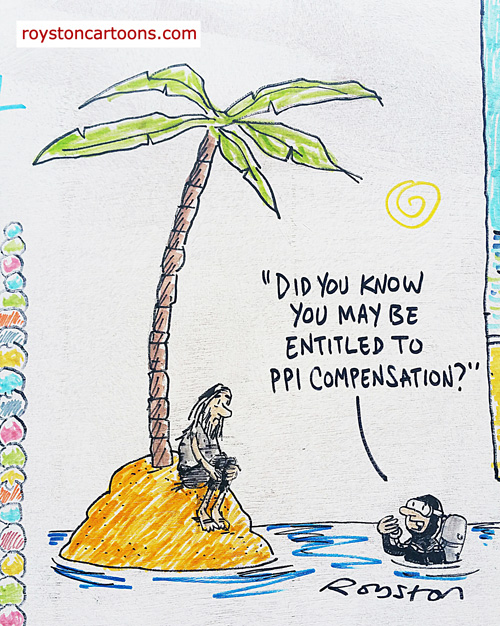 "Did you know you may be entitled to PPI compensation?" 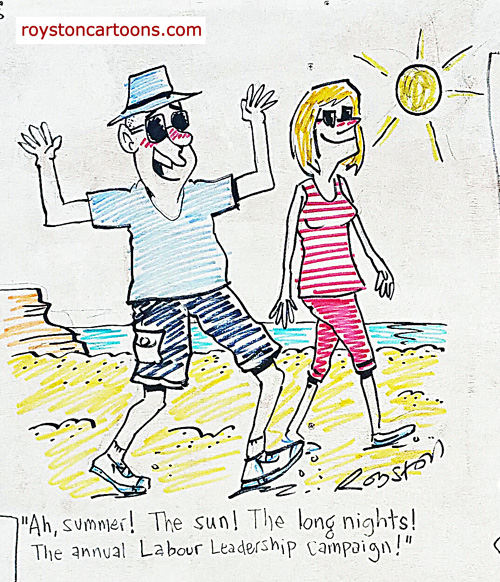 I put together a photo report on the event which you can see at the Professional Cartoonists' Organisation blog.