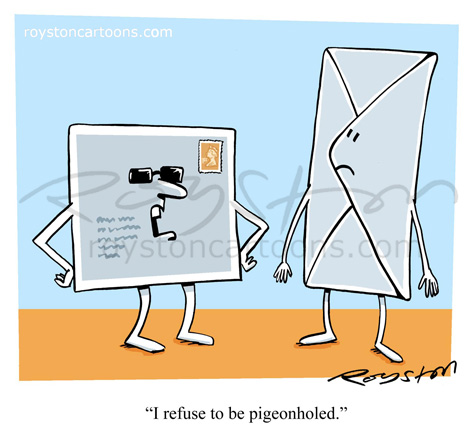 "I refuse to be pigeonholed."

The February issue of Prospect magazine features an article about the Post Secret project, which this cartoon sits alongside. As usual, this was just coincidence and I had no idea they were planning that when I sent it in. This kind of thing has happened before and I wish it happened more often.

Here's a blog post I wrote a while back on the talking-object cartoon. I don't do that many, I think some mags are probably not keen on them, but they are fun to draw.