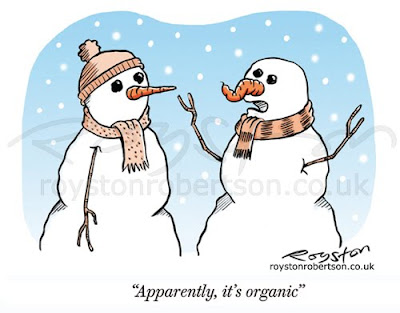 Well, after complaining last week that we've not had any festive snow, some did finally arrive here at the weekend. And here is the snowman we made ... 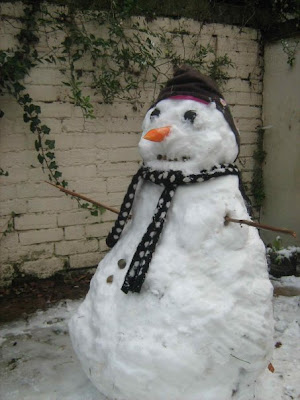 My wife tells me that the carrot is organic, which makes it a case of life imitating cartoons i.e. the one above which can be seen in the current issue of Prospect.

Talking of snowmen, I was commissioned by one of the Kent papers to do a snowy weather cartoon and somehow managed to turn it into a gag about Rage Against the Machine making it to the coveted Christmas Number One spot. 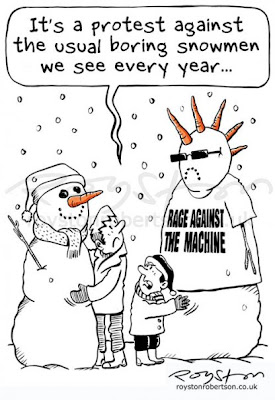 The funny thing is, I already had a punk snowman, with a carrot mohawk, in my sketchbook from months ago when I was brainstorming Christmas cartoons. I liked the image but didn't know what to do with it as a cartoon. Until now. So the moral is never throw away old sketchbooks!

I'm now taking a break from blogging until January 2010. All the best of the festive season to you. Have a good one.