The Other Royston takes on Walt Disney 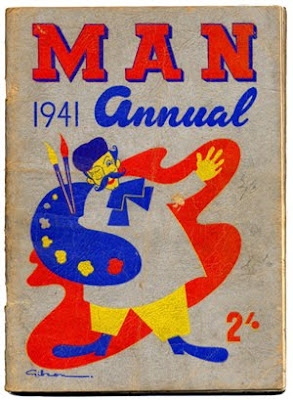 Regular readers will recall that I blogged about the Other Royston, who worked as a cartoonist in Australia in the 1940s and who turned out to be a woman working under a pseudonym.

Well, Denise Miles, my correspondent in Australia who brought Other Royston to my attention, was kind enough to send me the 1941 Man annual in which she found the Royston cartoons. "I always like things to go where they will be enjoyed", said Denise, rather marvellously.

And this certainly has been enjoyed by me today. Each page (just under A4 size) is a full-page cartoon! Imagine something like that being printed today. And from the elegant cover by Jack Gibson, father of the UK's own John Jensen (who revealed to me that "Royston" was a woman) to the advert on the back, also by Gibson, it's beautiful artwork and cracking gags all the way. And there are loads by Other Royston (aka Victoria Cowdroy).

I'll post some more here in due course, but in the meantime, I just had to put this one up, as it made me laugh out loud (click the image to enlarge it): 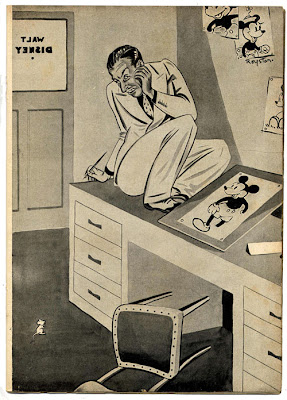 My sincere thanks to Denise for sending me this, you made my day.