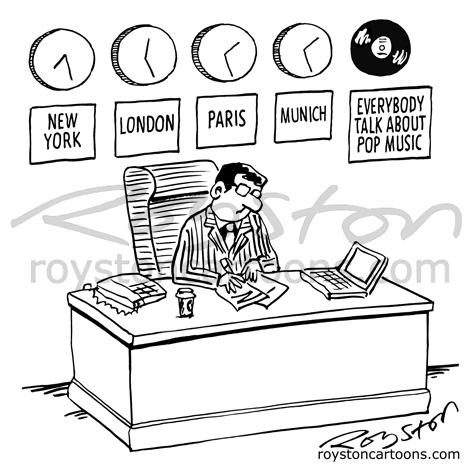 I've just got back from a family holiday, during which I was mostly offline, so it was good to go online and find that this cartoon, which was in this week's Private Eye, got a very nice reaction and lots of retweets on Twitter (including here and here).

It was a little surprising as the cartoon refers to a song from 1979 (ask your parents, kids) so it's not exactly topical. But it seems to have tapped into a nostalgia vibe.

UPDATE: The cartoon made it into Pedantry Corner in the most recent Private Eye (13 June):

Being a bit of a pop music pedant myself, I was actually fully aware of this but I thought putting "Pop Musik" would get in the way of the joke, a view backed up on Twitter by someone who knows a bit about comedy.

Errr ... but someone pointed out that I put "Musik" instead of "Muzik" so this could run and run. Hoist by my own pedantry!