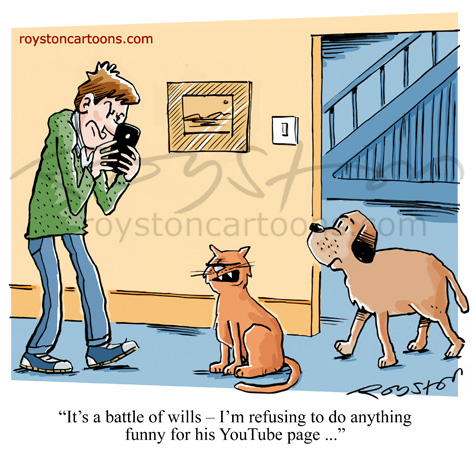 "It's a battle of wills – I'm refusing to do anything funny for his YouTube page ..."

Fashions come and go, governments rise and fall, but yer humble gag cartoonist carries on drawing jokes about cats and dogs. People love 'em! The cartoon above can be seen in the current issue of Reader's Digest, the one below was in the last Private Eye. 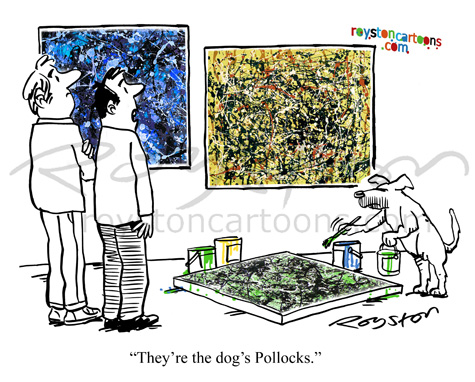 "They're the dog's Pollocks."

Cartoonists are often the worst judges of their own material – you never know what people are going to go for – I had few hopes for this cartoon.

My surprise that it was taken by Private Eye was nothing compared to the surprise that since it appeared two weeks ago I have had emails almost every other day praising the cartoon and asking for the original, prints and redrawn versions (including a request to rework it "with the dog as identifiably an Airedale Terrier".)