As tradition dictates, it's time for the round-up of my cartooning year. So here are my highlights of 2012. This is not a round robin OK, as I haven't sent it directly to you and it doesn't contain details of my daughter losing her first tooth this year (although she did ...)

I went to the Shrewsbury Cartoon Festival as usual, my sixth visit. I drew a Big Board, knocking out a olden-days version (you had to be there) of an early cartoon of mine. I'm now in the process of coming up with cartoons on a "flying" theme for the 2012 festival. 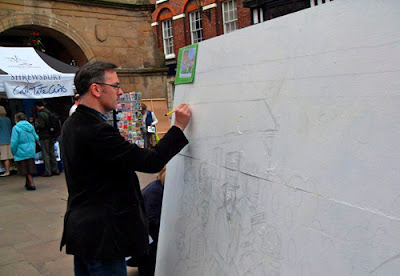 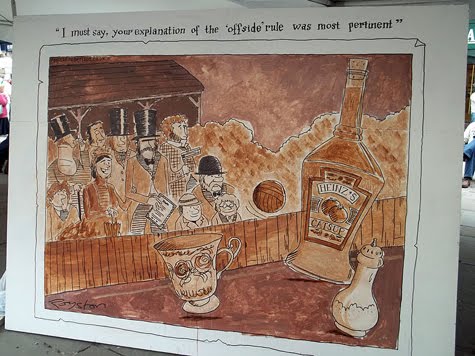 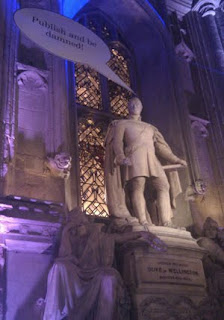 Being part of the Private Eye at 50 exhibition was definitely a highlight of 2011, along with the accompanying opening night and, a week later, the "Golden Jubilee" bash at the Guildhall, left.

I visited the Eye offices for the first time this year, which was fun, as part of a PCO team presenting them with an award. Here's the report at The Bloghorn. 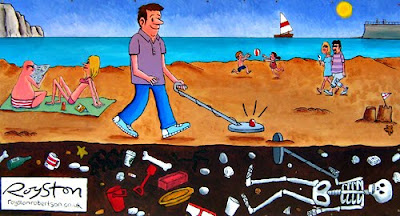 Painting a board for the Great Wall of Ramsgate, above, a public art project, was very rewarding. The wall got a great reaction from the local community. Below is a picture from the Isle of Thanet Gazette, when the wall picked up the local Town Image award.

OK, it looks a bit like The Great Wal Lof Ramsgat3, but you get the point. That's me putting the R in Great. Ahem. Click to enlarge, if you like.

As well as the Private Eye show and the Shrewsbury exhibition, I had cartoons in several exhibitions: Marriage a la Mode at the Cartoon Museum (one of which was picked for a BBC preview, below); the Chris Beetles Gallery at Nunnington Hall; a Spectator cartoon exhibition in Mayfair; and even Henley Regatta. Not forgetting the Post Nude exhibition in Whitstable. 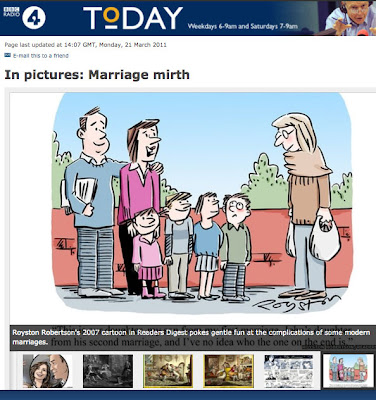 I usually pick out some favourite cartoons of the year, so here goes: I liked this one. It was actually drawn in 2010, but it appeared in print this year. 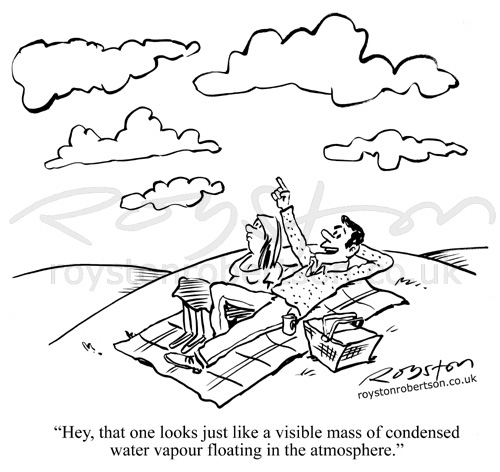 "Hey, that one looks just like a visible mass of condensed water vapour floating in the atmosphere."

I was looking through the Private Eye at 50 book last week, which Father Christmas brought me, and was surprised to see this cartoon in it. It's about the size of the nail on my little finger, but it's there! It's in a photo of the magazine being put together.

This one, from Reader's Digest, is also a favourite and is probably the one I got the most positive reaction for in 2011 ... 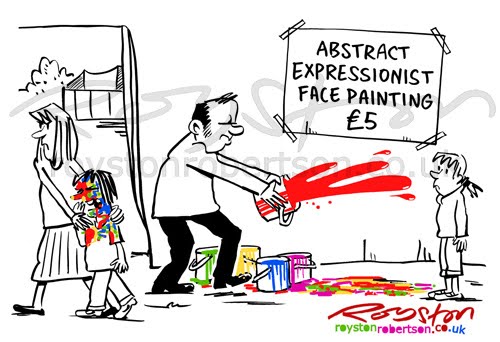 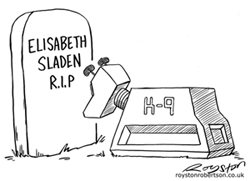 Talking of public reaction ...
I achieved a long-held ambition in 2011: I made it to the letters page of Private Eye, thanks to the Doctor Who cartoon on the right. But unlike most reactions to cartoons, this was neither pedantry nor outrage. 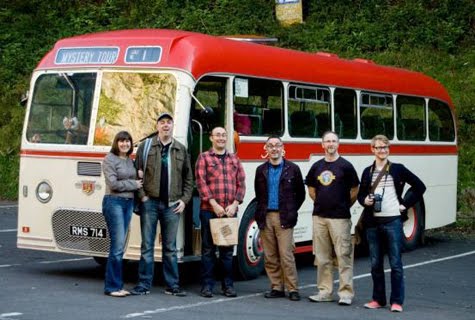 Here are some jolly cartoonists on a cartoon jolly! The Cartoonists' Club organised a great trip to the West Country. Here's a few of us giving our best cheesy grins at Cheddar Gorge (geddit?!)

And finally ... regular readers will know that I published a book of my cartoons this year. In order to sell them I have gone ON and ON (and, indeed, ON) about it quite a lot on this blog, not least with the "Click here to buy Royston's cartoon book" links at the foot of most posts. It was great to get the book out there and it seems to have gone down very well, so I can't promise that I won't keep doing it. At least until the next one's out. 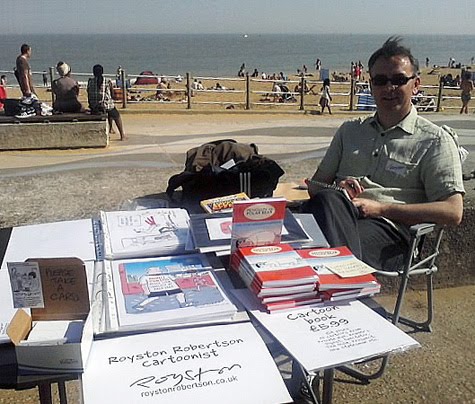