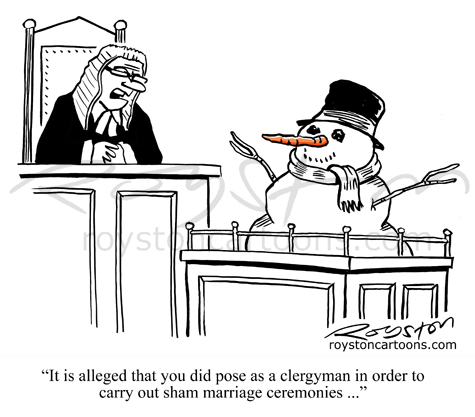 "It is alleged that you did pose as a clergyman in order to carry out sham marriage ceremonies ..."

After the punnery of yesterday's advent cartoon, this one is possibly a little more sophisticated -- by which, I mean that some people didn't get it. Private Eye did though, and it was in the magazine last Christmas.