Magritte cartoon: But is it art?

I had to explore a few new Photoshop techniques to colour this cartoon, which is in the new issue of Prospect magazine, in an attempt to make it look something like the Rene Magritte original. 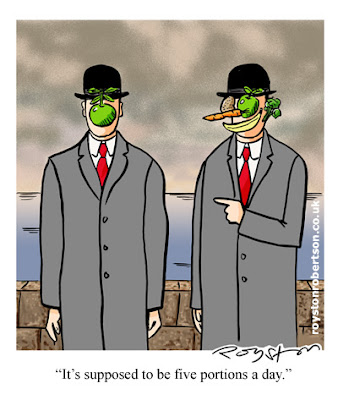 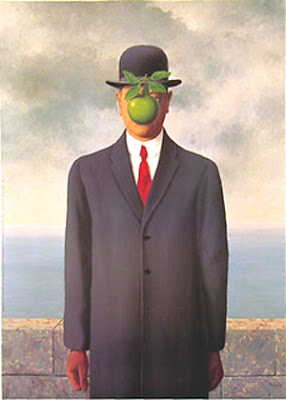 For any international readers who don't get the joke, five portions of fresh fruit and veg daily is the official recommendation from the UK government's health experts. I believe it varies in other countries. I heard it was 15 in Japan. I can't even name that many ;- )

This cartoon is in the same issue. 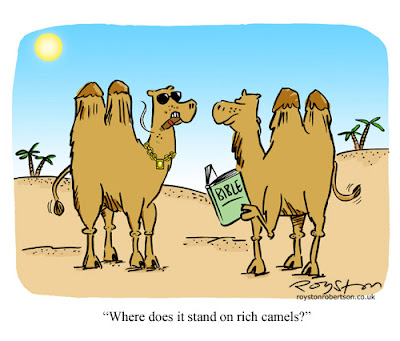