I'm going to be in London next week and will take the opportunity to visit the Cartoon Art Trust's new Cartoon Museum, the opening of which you may have seen covered in the national media (I think it's undeniable that it got far more publicity than is usually afforded to cartoons as a result of the Muhammad controversy).

I have mixed feelings about it because I find that when you view a lot of cartoons in one go they stop being funny. That's often my experience at exhibitions I've been to in the past. Also, I'm not sure about the use of the word "museum". I think "gallery" may have been better. They could have stuck "national" on the front to give it gravitas! Anyway, I'll reserve judgement until I've been. 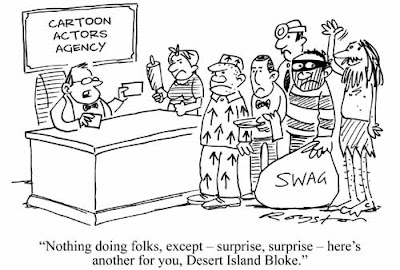