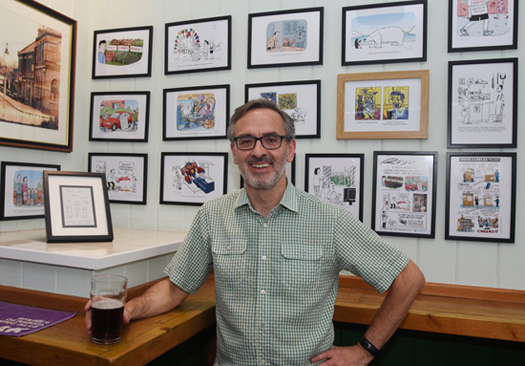 I have an exhibition of cartoon prints, which runs throughout July, at the Four Candles in Broadstairs, Britain's smallest brewpub.

Rather conveniently, the micropub (they're very small but big in Kent) is at the end of my street, so it's easy for me to drop off framed prints that have sold and oh go on then I might as well have a quick one while I'm here. 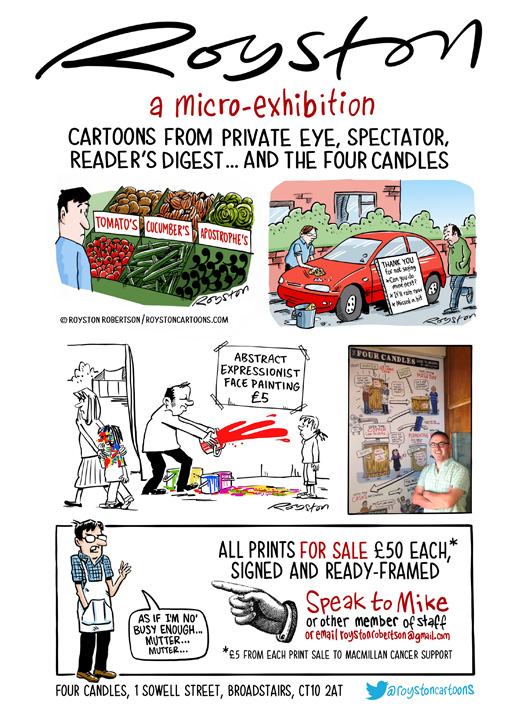 This is not the first time I've worked with the Four Candles. I designed a label for the beer Voter's Choice, during the snap general election of 2017, and I drew a large cartoon board describing the brewing process when the pub first started making its own beer in 2015, which is still on display alongside the casks. 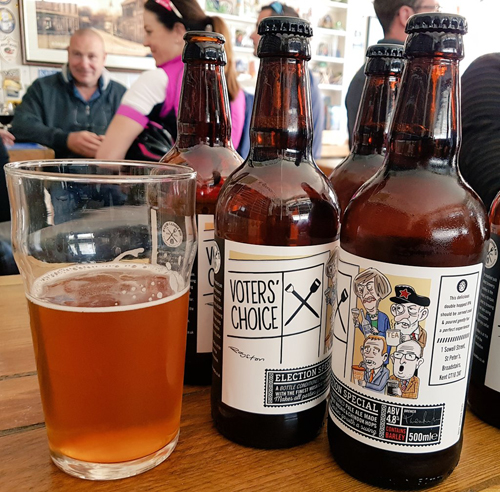 It's not cartooning but I even drew a new version of the pub sign when the old one became too weather-beaten. This was created digitally (there is literally no need for me to be up this ladder, pic by Brian Green again) so when it fades or wears out a new one can be printed. 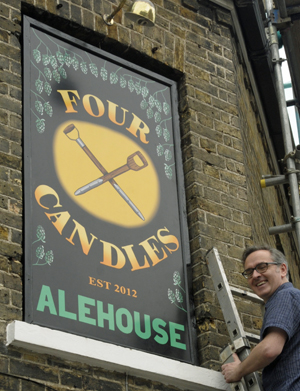 Sales of prints in the micro exhibition have been good and I've managed to raise a few quid for Macmillan Cancer Support, which the pub regularly supports.

Unsurprisingly, this major cultural event made it to the Thanet Extra (below, click to enlarge) and the Isle of Thanet News. 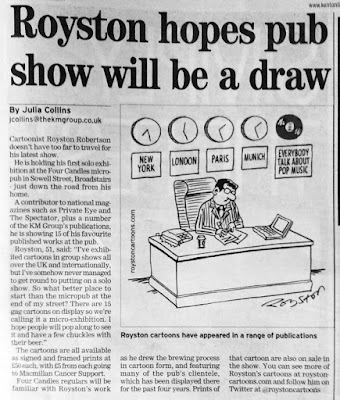