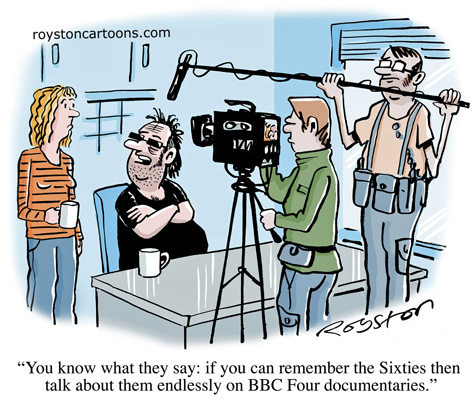 "You know what they say: if you can remember the Sixties then talk about them endlessly on BBC Four documentaries."

Actually, I really like BBC Four's music documentaries, but we have probably done the Sixties now, so it's good that they're also doing some great ones about bands of the Seventies and Eighties. I particularly enjoyed the recent ones on Squeeze, the Undertones, and, yes, Chas 'n' Dave. This cartoon is in the February issue of Prospect.