Not Yet Sold: Kilroy was here 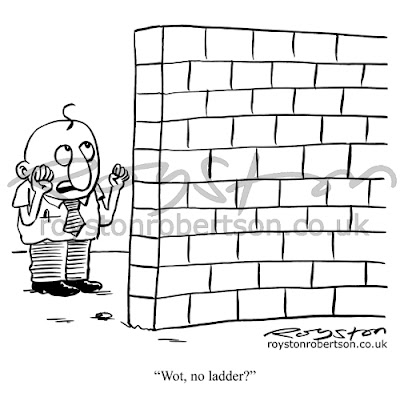 
Time for another in my occasional series of rejected cartoons. I'm not sure why it's occasional, as rejection itself is pretty frequent in the cartooning game.

This is a bit of a bizarre one. I always thought it was a long shot, but the joke amused me so I drew it up. It may have stood more of a chance 30 years ago! When I was a kid the graffiti character that this is based on was quite popular, though it has been around since at least the Second World War.

For those who still have no idea what this is about, the character is popularly known as Kilroy, as in "Kilroy was here", though when I was a kid we knew him as Chad.

Wikipedia can fill in the gaps, and if you really want to get into it there's a website called kilroywashere.org !

Kilroy/Chad would often be seen peeking over a wall, lamenting the absence of something. Like this: 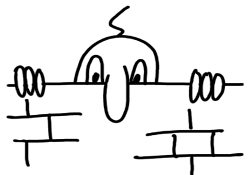 
Click the link for more Not Yet Sold cartoons.