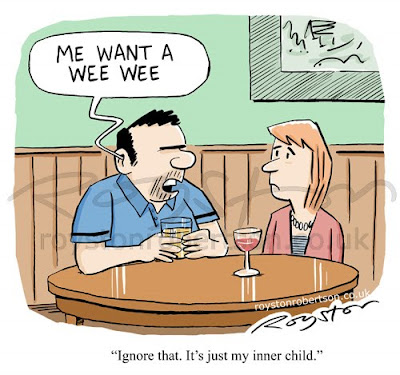 "Ignore that. It's just my inner child."

Inspired by the Rude Britannia show at Tate Britain, which opens this week, I thought I'd dig out a few naughty and/or juvenile cartoons.

Being a person of taste and culture – ahem – I don't normally do much of this kind of thing (OK, it's mainly because there aren't that many markets for it) but here's a selection of a few that I've sold over the years. Or rather, those that I'm not too embarrassed to put on my blog. 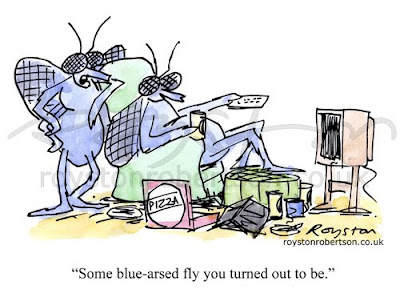 "Some blue-arsed fly you turned out to be." 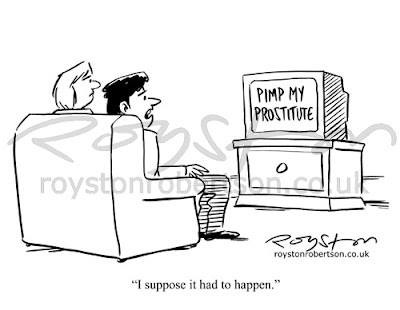 "I suppose it had to happen." 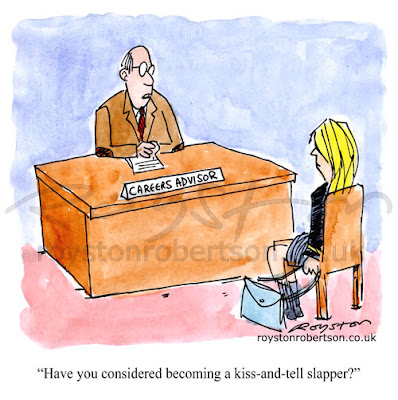 "Have you considered becoming a kiss-and-tell slapper?" 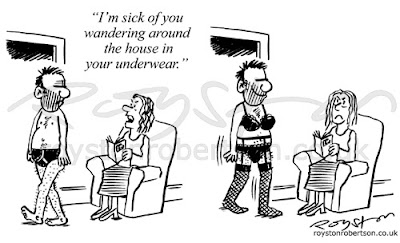 "I'm sick of you wandering around in your underwear ..."