Star Wars cartoons: May the gags be with you

You can't fail to have noticed that this month it's 30 years since the first Star Wars film came out. Star Wars is a significant part of the culture, no matter what you think of it. I'm in the "original trilogy good, new trilogy bad camp", as you can tell from this cartoon ... 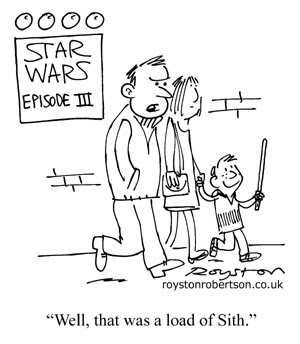 It was in Private Eye in 2005 when the film came out. Cheekily, I drew it before I saw the film! This next one was one of my first published cartoons, it appeared in Maxim ten years ago. 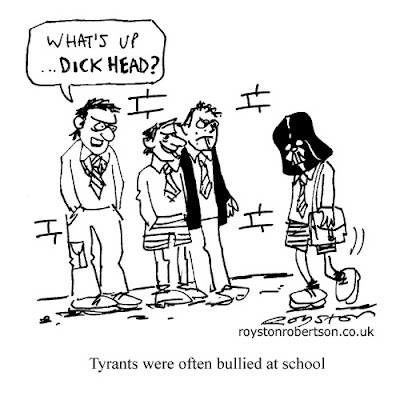 And this is probably my favourite of my Star Wars cartoons. It was sold to The Publican magazine. 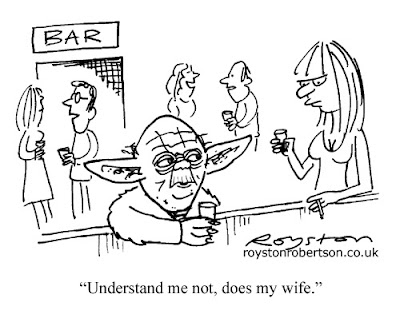 Then there's this one, the only topical one of the lot. This was in Private Eye in 1999 and was about the Millennium Bug, and the fact that we were apparently ill-prepared for the inevitable disaster. Oddly, that now seems like a science-fiction story far more dated than Star Wars. 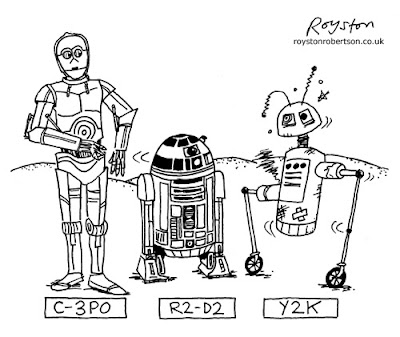