I've got a cartoon in the May issue of Reader's Digest in the US: 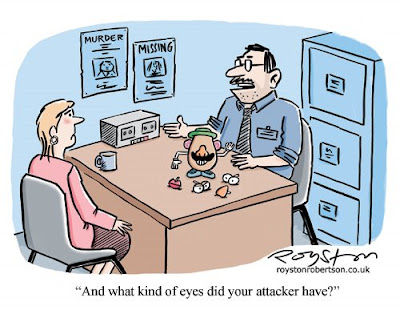 This gag was initially sent out to several UK magazines, but was rejected. In those days, it looked like this: 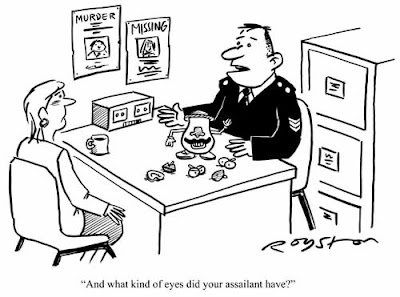 I had to change the "British bobby", of course. I went for a more generic TV cop show style detective. I also thought that "assailant" seemed like a very British policespeak sort of word. They may well use it in the States but I thought I was on safer ground with "attacker". It's never straightforward sending gags to the US. You have to constantly think about whether certain words/concepts will be understood in the same way. As someone once said, we're two nations divided by a common language. And it goes way beyond lift and elevator.

(By the way, talking of British bobbies, if you've not seen Hot Fuzz yet: drop everything and go now. It's just hilarious.)

You'll notice also that as it was such a prestigious client I decided to do a bit more picture research on Mr Potatohead, to make him more accurate. It's not the first time said character has appeared in a cartoon of mine. This is from a few years ago: 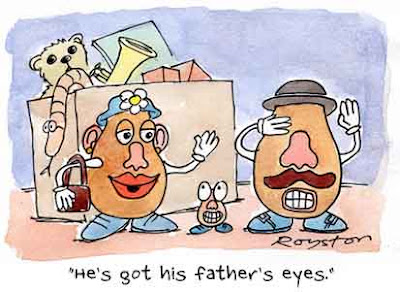 Hey look: there's an interview with yours truly over at the excellent Chewing Pencils cartooning blog. Matt Glover, who runs the site, says: "This week’s feature artist surely has the coolest name any artist could hope for!" I must say, this is news to me, and seems a little unlikely, but I'll gladly accept the compliment. Thanks, Matt!