Here's a bizarre thing: a thoughtful, in-depth piece on Holy Grail myths, by Associated Press Religion Writer Brian Murphy, written to coincide with the current Da Vinci Code hype, ends with a reference to a gag cartoon I drew a couple of years ago which he stumbled across on the web. Here's the article at Yahoo, the gag is below. The cartoon did the rounds of the usual magazines but remains unpublished, a fact that I've long thought was part of some global conspiracy ;-) 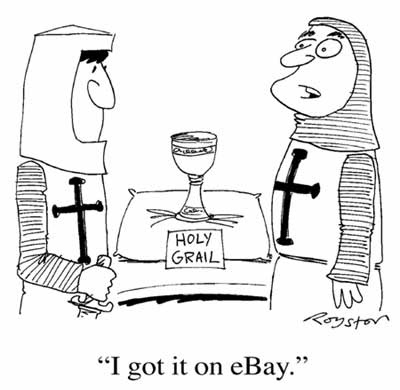