At the new Hastings Cartoon Festival 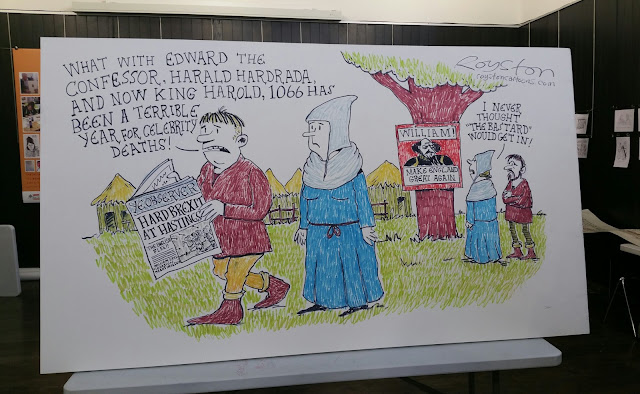 I took part in the first Hastings & 1066 Country Cartoon Festival on the weekend of October 15 and 16, which was held to coincide with the 950th anniversary of the Battle of Hastings.

Above is my big board cartoon (click to enlarge) created on the Sunday, the Big Festival Day, in a marquee on The Stade, on the seafront. It was fun to draw parallels between events in 1066 and 2016.

On the Saturday I took part in a cartoonists’ panel discussion and Q&A with The Surreal McCoy and Glenn Marshall. We showed our cartoons on a big screen and talked about influences, generating ideas, feedback and, inevitably, rejection. 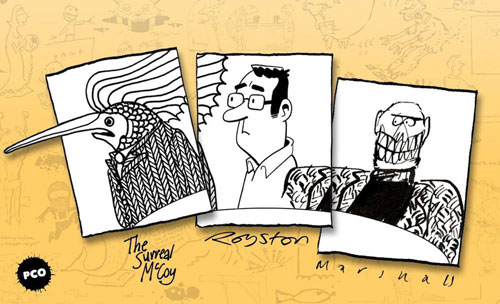 There was also a festival exhibition in The Stade Hall, with lots of gags on a historical theme. The top one here was recently published in The Spectator. 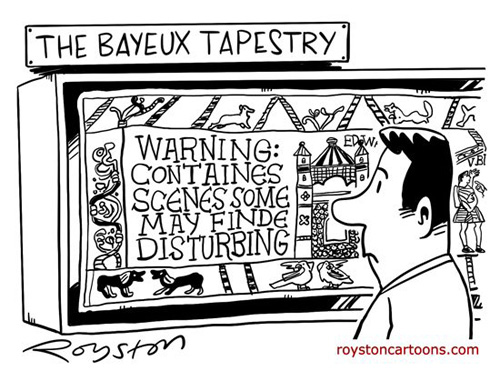 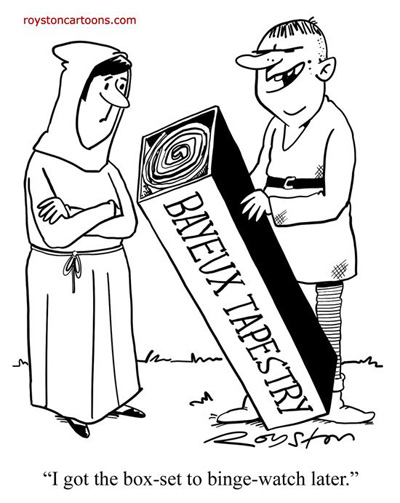 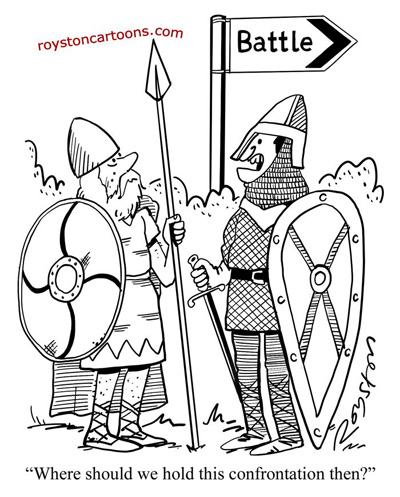 I designed the festival logo, seen below on a T-shirt. They wanted something about King Harold with the arrow in his eye, so a dip pen seemed the obvious substitute for a cartoon festival. Don't try this at home, kids. 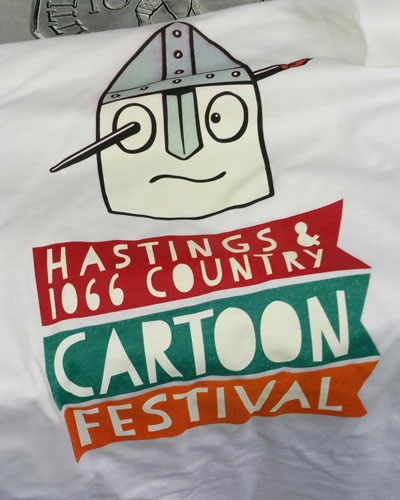 All in all, a great debut for this festival. Let's hope we can do it all again next year.

I wrote a longer report at the PCO blog. And you can visit the festival website at: 1066cartoonfestival.co.uk