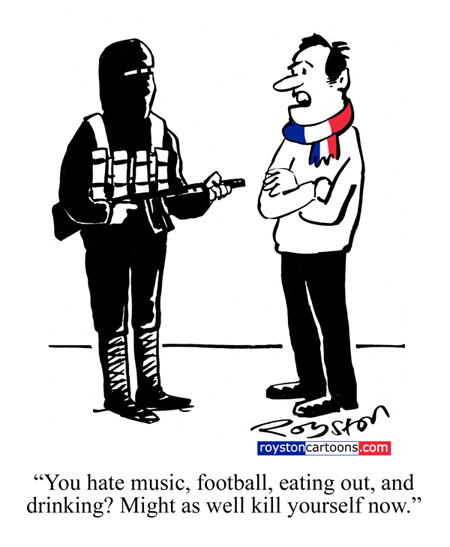 "You hate music, football, eating out and drinking? Might as well kill yourself now."

The current Private Eye magazine features a page of cartoons headlined "After Paris..." and this is my contribution.

As with the cartoon I drew after the Charlie Hebdo attack (from the Eye in January, see below) I felt like it would be better to do the kind of joke cartoon I normally do, rather than attempt something more symbolic.

So I used a similar format to that cartoon i.e. a face-to-face encounter between terrorist and victim. Somehow imagining an actual conversation between the two makes me think about the absurdity of the attacks and allows ideas to form. Obviously neither are gag cartoons in the "laugh out loud" sense, but hopefully they still work and make a point. 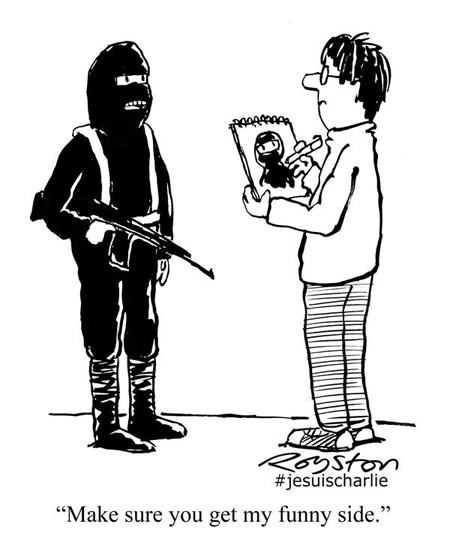