Private Eye cartoon: The only game in town 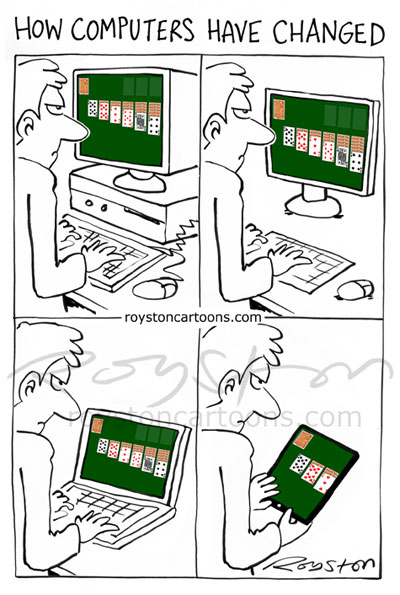 This was inspired by my wife, Kath, who has been a fan of playing Solitaire on computers as long as I've known her. She doesn't have an iPad but I know what its primary use would be if she did.

The cartoon can be seen in the current Private Eye along with a somewhat cynical one I drew about the new Star Trek movie, even though I haven't seen it yet. Cynicism is part of the job description when it comes to magazine cartoons.