Topical cartoon: Closure of The Dandy 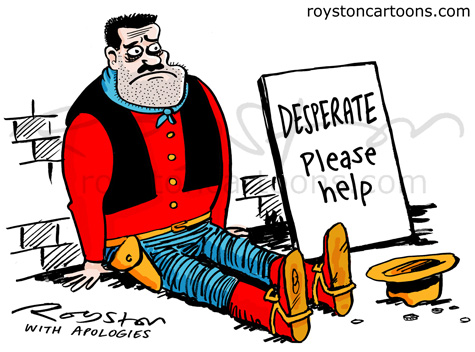 Topical gags can sometimes fall victim to the twin perils of print deadlines and other cartoonists coming up with the same idea.

This one, about the closure of The Dandy comic after 75 years, was accepted by Private Eye last Thursday but they phoned today to say that regrettably they won't be using it in the new issue, which is out tomorrow, as two similar cartoons have since appeared in national newspapers.

Such situations do crop up from time to time and a daily publication is always going to have the advantage. All is not lost, however, as the Eye still pays a (smaller) fee in such circumstances and I can still give it an outing here on my blog.

I was a little unsure about doing a cartoon on this subject, as my son is a Dandy fan and I know people who work for it, but I aimed for poignancy rather than a cheap shot.